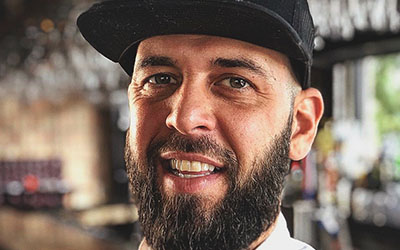 Started his career as dishwasher at local restaurants in south Jersey while learning the basics of cooking. Jason graduated from the Culinary Institute of America with a Bachelor’s degree.

He worked his way up in restaurants such as the Washington Inn and Lucky Bones in Cape May, NJ. Jason then moved to Philadelphia to achieve saucier at the Fountain Room inside the Four Seasons while working under Martin Hamaan and David Jansen. As his career continued to blossom, Jason moved to Florida where he accepted a position as Chef De Cuisine at Brule Bistro achieving the distinction of being a top 10 chef in Palm Beach County.